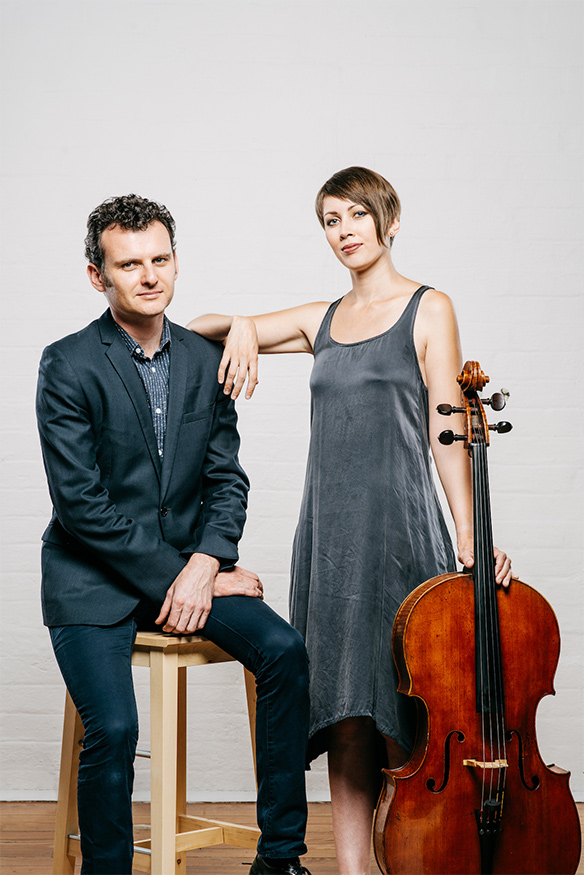 Slava Grigoryan is an acknowledged guitar master on the world stage. He has received 4 ARIA awards and an incredible 24 ARIA Award nominations. He has been touring internationally since 2003, regularly performing throughout Europe, Asia, Australia and the USA, as well as more exotic performances in Brazil, South Africa, India and the Middle East. Slava is the Artistic Director of the Adelaide Guitar Festival, a position he has held since 2009.

The success of any collaboration is dependant on a myriad of factors, some obvious, others less tangible. Sharon & Slava Grigoryan are an example of such a synergy, resulting in music that connects deeply with the listener. Perhaps it is their union professionally and in life that provides the intangible factor fuelling their passionate and sensitive performances.

Their repertoire spans cultures, generations and genres – from standard works for guitar and cello (Vivaldi, Granados, Piazzolla) to creations by contemporary composers, their own compositions and arrangements which shine a new light on familiar favourites.